While trying to live a yogic lifestyle, I am regularly reminded that yoga is not just a form of exercise but rather a way of life that encompasses everything from when and what I eat, to how I think, to what I do. With this in mind, together with it being Mental Health Awareness Month here in the UK, I thought this would be a good time to talk about Depression. And a little bit about Antenatal Depression in particular. 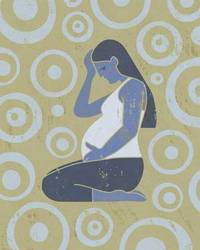 I personally have a history with depression. With two depressive episodes in the past that have required medical interventions. My depression is partly hereditery, and is something I struggle with on a daily basis. Most days I wake up and mentally decide that today will be a good day. I keep reminding myself of this through the day. Somedays I even forget that my depression is lurking in the background. Other days finding the will power to get out of bed is really tough.

With this in mind, I want to rewind two years. Hubby and I had just decided that having a baby might be a good idea, we were looking to buy a new house and honestly I was miserable at work. With all this stress and change I thought nothing of the fact that I was feeling a bit down. I upped my healthy eating, cut out caffeine and sugar and increased my gym routine. After all, endorphines are a great way to fight stress and depression.

A few months later, after sending my CV out into the world, and lining up interviews I discovered I was pregnant! Oh WOW! Talk about new levels of stress and excitement. Now me being exhausted all the time made sense and I put the extra levels of moodiness down to the first trimester. I stopped looking for a new job. I didn’t need the added stress, but also wanted the fantastic maternity coverage my current job provided.

Keeping the gym levels high and watching my diet even more, I was praying for the end of the first trimester. For having my energy levels back and for not feeling miserable all the time.

Unfortunately, that didn’t happen. At this stage I started realising that it wasn’t just hormones playing havoc with my system. I really was in a massive low that I wasn’t getting out of. For someone who isn’t overly emotional (at least not outwardly), I was crying at work and reacting badly to stressful situations. I started to not care if I was doing my job. Not even stressed if I left early and things weren’t finished in time. I was still forcing myself to gym on the way home, but then having to fight with myself to actually eat anything before goin to bed. Sometimes as early as 7pm.

Now don’t get me wrong, this can all be normal. Especially in the first trimester as your body grows an embriotic sac and all these crazy changes happen. But for me it was getting worse not better. My energy levels slowly bottomed out where I was calling in sick to work just because I couldn’t find the energy to get out of bed.

This is where having more information about Depression, all kinds in

cluding Pregnancy related Depression, out in the world could make a huge difference for expectant moms. With my history and experience I realised there was something more wrong than it just being pregnancy related. But with a revolving door of midwifery staff, never seeing the same person twice and very little information, without this history I might not have realised there was a problem and not asked for help.

After an extremely emotional midwife visit and a trip to the doctor, we decided to put me on anti-depressants.  Within a few weeks I started acting more like my normal self. Actually wanting to get up and do things during the day. Thankfully, once it was realised that I needed the extra support I had the same midwife team and a great support network that meant the rest of my pregnancy and birthing experience went really well.

Even with this support, it took me almost a year before I felt strong enough to come off the anti-depressants, and I still have to watch myself and work really hard to stay present on my low days. I now have a 14month old who won’t understand that mommy just doesn’t want to get out of bed today. Depression is an ongoing illness that doesn’t just vanish. But I would say I am 99% of the way back to being myself.

Without the support network, without knowing I needed help, I could have just kept spiralling. Mental Health is still something that is almost taboo to talk about. We’ll happily tell people we have the flu, ended up in hospital with some bug/virus, but we won’t tell people when we are struggling mentally. And often even when we do, people don’t take it seriously.

In my case, I tried to talk to work. I was now pregnant, depressed and extremely stressed. I tried to tell them I needed less on my plate. Instead they just piled on more. To the point where I actually ended up booked off work two months before my maternity leave started. When I mentioned to friends that I was on anti-depressants, some of their reactions were along the lines of,

Wow, isn’t that a bit of an over-reaction?

I’m sure you’re fine, just stop worrying about it!

Those pills don’t do anything anyway, just eat well and stay positive

Having experienced this attitude in the past, I shrugged it off and carried on. But anyone struggling with any form of mental health worries needs support. It’s not the same as saying I have a bit of a sniffle I’ll just ignore it and hopefully it goes away.

Yes, there are a lot of benefits to diet, exercise and a positive attitude. But once you’ve reached the point where you can’t breathe anymore on your own having help until you find your feet is not a bad thing. Whether that help comes in the form of support groups or anti-depressants or any of the many various other ways, you need to use what makes you better. 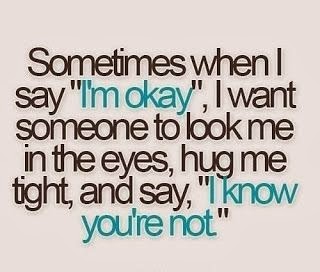 Being patient and understanding with your friends when they tell you they are struggling. Offering support, ask them if there is anything you can do. Don’t try to fix them or solve their problems unless they specifically ask for it. Just knowing that you are there when they need you is often more than enough.

Lets all try to make mental health something we talk about, soemthing we openly acknowledge and work together on rather than the naughty secret we try and hide behind fake smiles and closed doors!